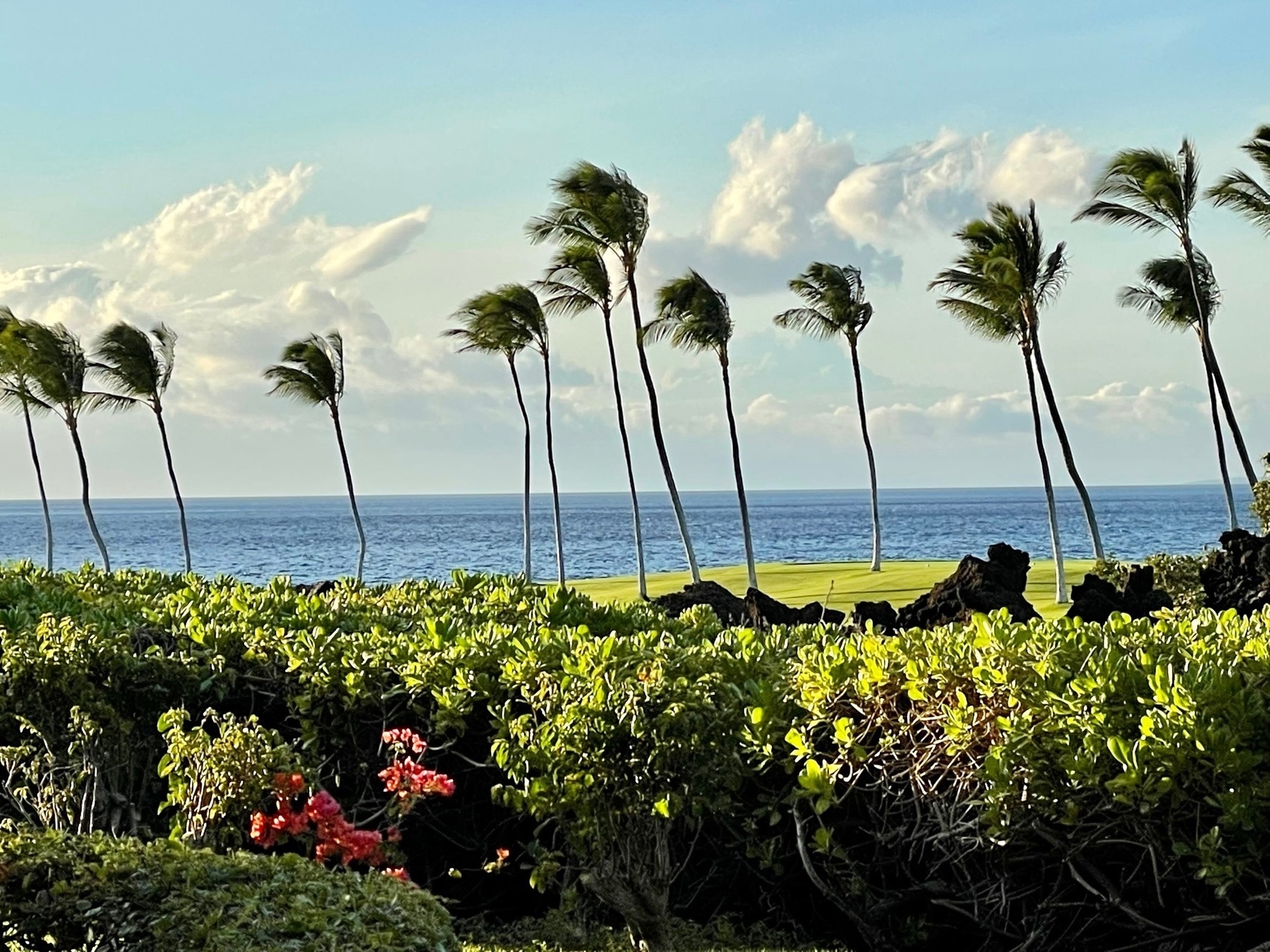 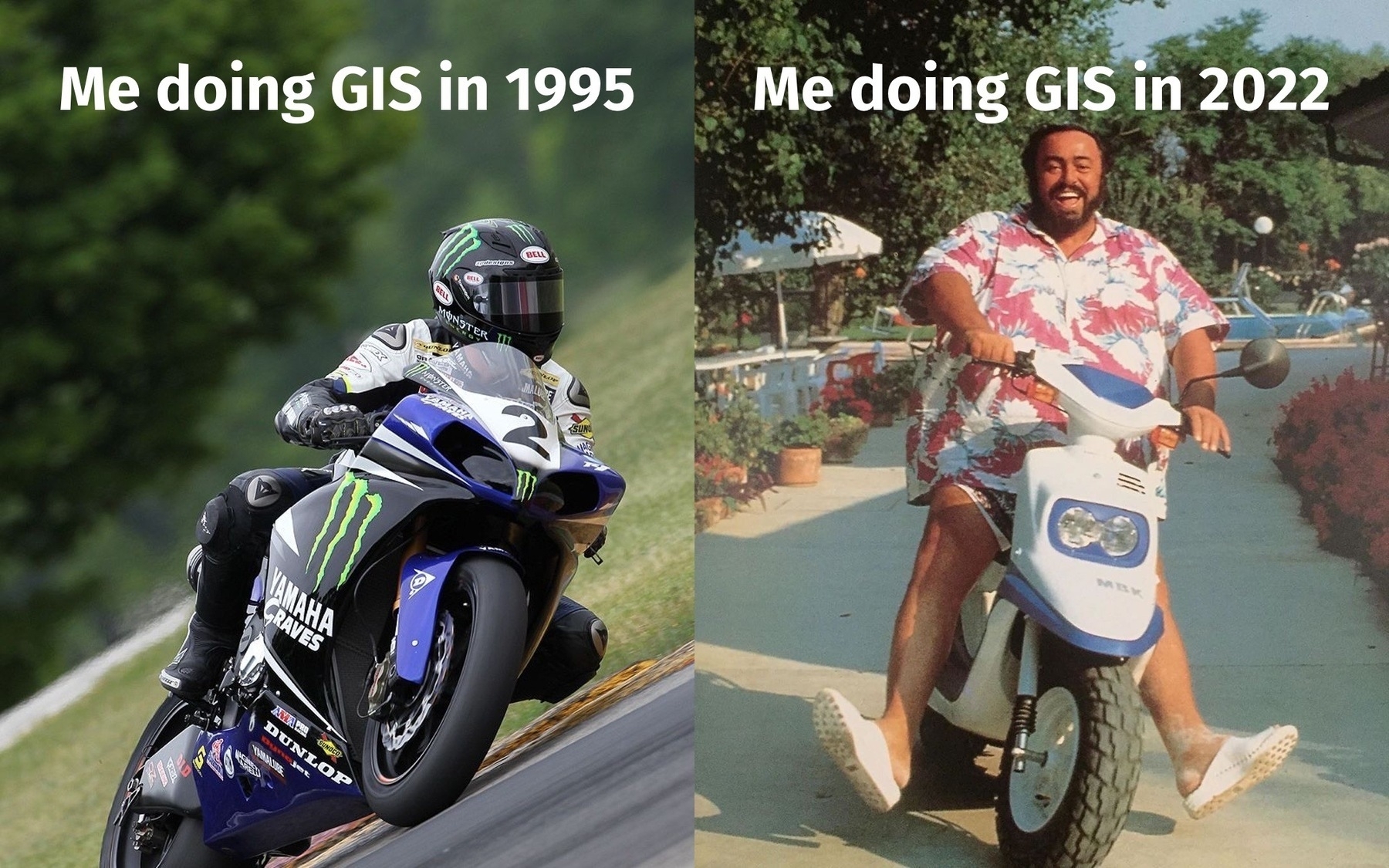 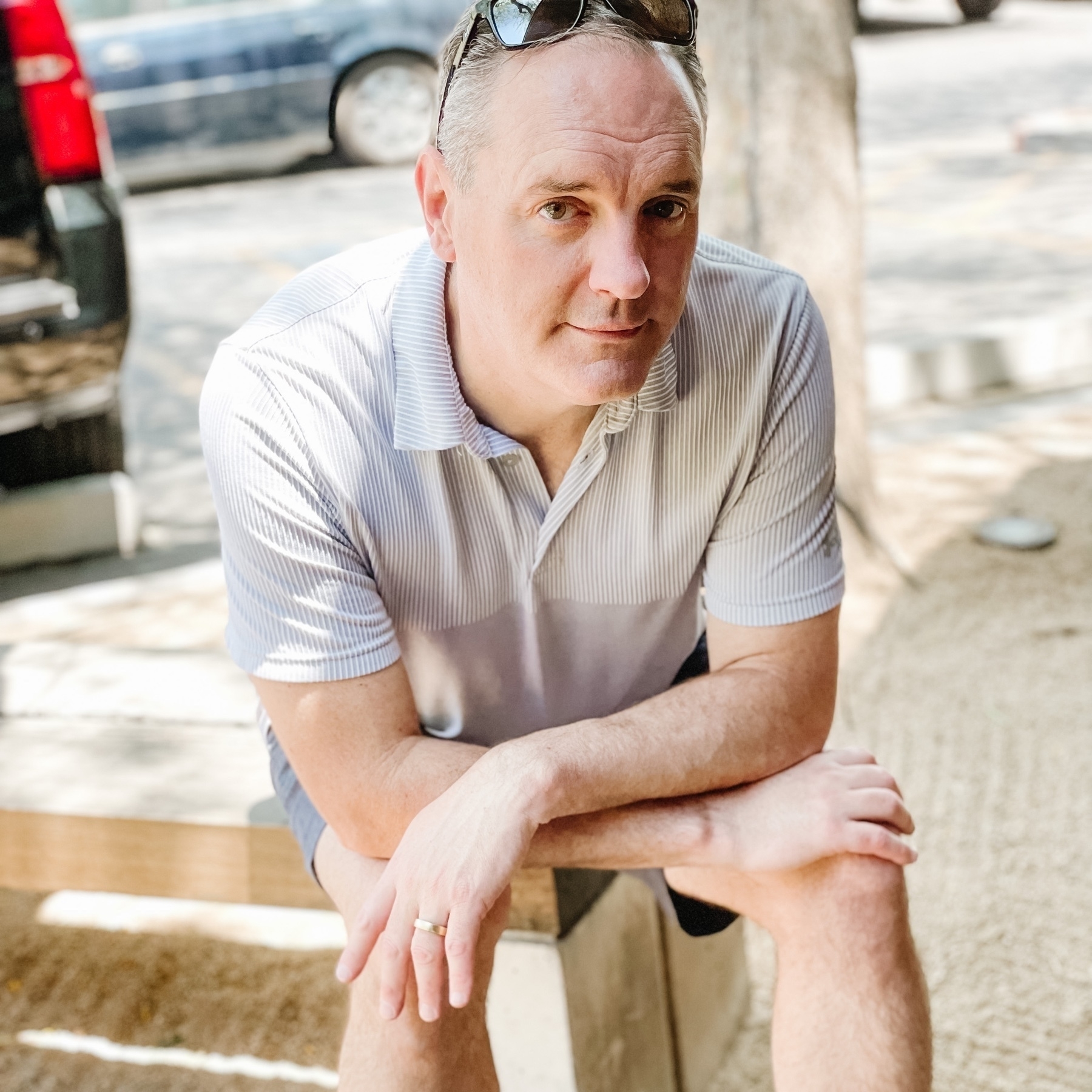 I’ve been working with Digital Twins for almost 10 years and as simple as the concept is, ontologies get in the way of implementations. The big deal is how can you implement, how does one actually create a digital twin and deploy it to your users.

Let’s be honest though, the Azure Digital Twin service/product is complex and requires a ton of work. It isn’t an upload CAD drawing and connect some data sources. In this case Meijers does a great job of walking through how to get started. But it isn’t for beginners, you’ll need to have previous experience with Azure Cloud services, Microsoft Visual Studio and the ability to debug code. But if you’ve got even a general understand of this, the walk throughs are detailed enough to learn the idiosyncrasies of the Azure Digital Twin process.

The book does take you through the process of understanding what an Azure Digital Twin model is, how to upload them, developing relationships between models and how to query them. After you have an understanding on this, Meijers dives into connecting the model to services, updating the Azure Digital Twin models and then connecting to Microsoft Azure Maps to view the model on maps. Finally he showcases how these Digital Twins can become smart buildings which is the hopeful outcome of doing all the work.

The book has a lot of code examples and ability to download it all from a Github repository. Knowledge of JSON and JavaScript, Python and .NET or Java is probably required. BUT, even if you don’t know how to code, this book is a good introduction to Azure Digital Twins. While there are pages of code examples, Meijers does a good job of explaining the how and why you would use Azure Digital Twins. If you’re interesting in how you can use a hosted Digital Twin service that is managed by a cloud service, this is a great resource.

I felt like I knew Azure Digital Twins before reading this book, but it taught me a lot about how and why Microsoft did what they did with the service. Many aspects that caused me to scratch my head became clearer to me and I felt like this book gave me additional background that I didn’t have before. This book requires an understanding of programming but after finishing it I felt like Meijers' ability to describe the process outside of code makes the book well worth it to anyone who wants to understand the concept and architecture of Azure Digital Twins.

A couple years ago (holy smokes, 10 years ago), I wrote a Perl script that took all the blog posts I wrote at Spatially Adjusted (if they exist) for a certain day and send me a morning email for my review. At the time I did this because some content I wrote was good (few, but some) and it was always good to revisit it. But as time has gone on, I feel so disconnected from the person who wrote those blog posts.

I was thinking about Planet Geospatial and how much I enjoyed reading it. It’s just not that world anymore, people just share thoughts on Twitter or LinkedIn (or whatever social media platform the kids are on these days). But that content, those blog posts, those people, those commenters was pure gold. Sure, there are things like #GISChat, but if you were there from 2005-2014, there was something happening.

No, I’m not bringing Planet Geospatial back, even if I wanted to dust off the old Perl scripts, the content just isn’t there anymore. But we just aren’t the same people anymore. No longer do we sit at a text entry box and sweat the details of what we write, no it’s one line and a GIF, a meme, or some other jerky comment. Hell, I think 60% of my tweets are a GIF only response. It isn’t that I don’t have anything to say, just that I don’t have anything to say in 280 chars.

I guess that’s why I’m blogging again, to try and put some thought into things, but not feel like I must write something long (despite what you are reading right now). I feel like doing what I want to do, other than worrying about what GIF to attach. But back to the beginning of this post, who was that guy writing all that content. The posts come across my screen, and I know I wrote them, just that I’ve come on such a journey, it all seems like someone else wrote them. And maybe that’s OK, because we grow. Or maybe we grow a shell on ourselves, hiding away real thoughts behind a GIF.

I think that’s it, what Spatially Adjusted showed is 100% true me. The humor hiding insecurity, the want to discover what others are doing, learning by sharing, friendships and honest to goodness, just laughing at the seriousness of ourselves. I guess that’s still me, “doing GIS”, helping customers do more with location technology, while enjoying the shit out of it. I’m not dying here, nor am I taking a job as a manager at the McDonalds. Just wondering where this road is headed, probably someplace with a map for sure.

As my son starts his journey in Geography and GIS, I have almost my whole professional life in a blog for him to follow. I was 32 when I started, 18 years of me for him to read. But honestly, he knows all about it. He went to the conferences, heard me on the phone talking, watched me blog on the couch, saw me move from company to company in search of what drives me. Someone said to me my CV must be long by this point in my life. It sure is brother, it sure is. But I’ve enjoyed every minute of it.

Yet, I still read that email every morning and wonder what they heck was going on in that authors head. I can’t remember anymore; I just see the text. Seems like a fun guy. Me: I’d like a little basil for a small dish tonight.

Instacart: Here is a tree of basil. 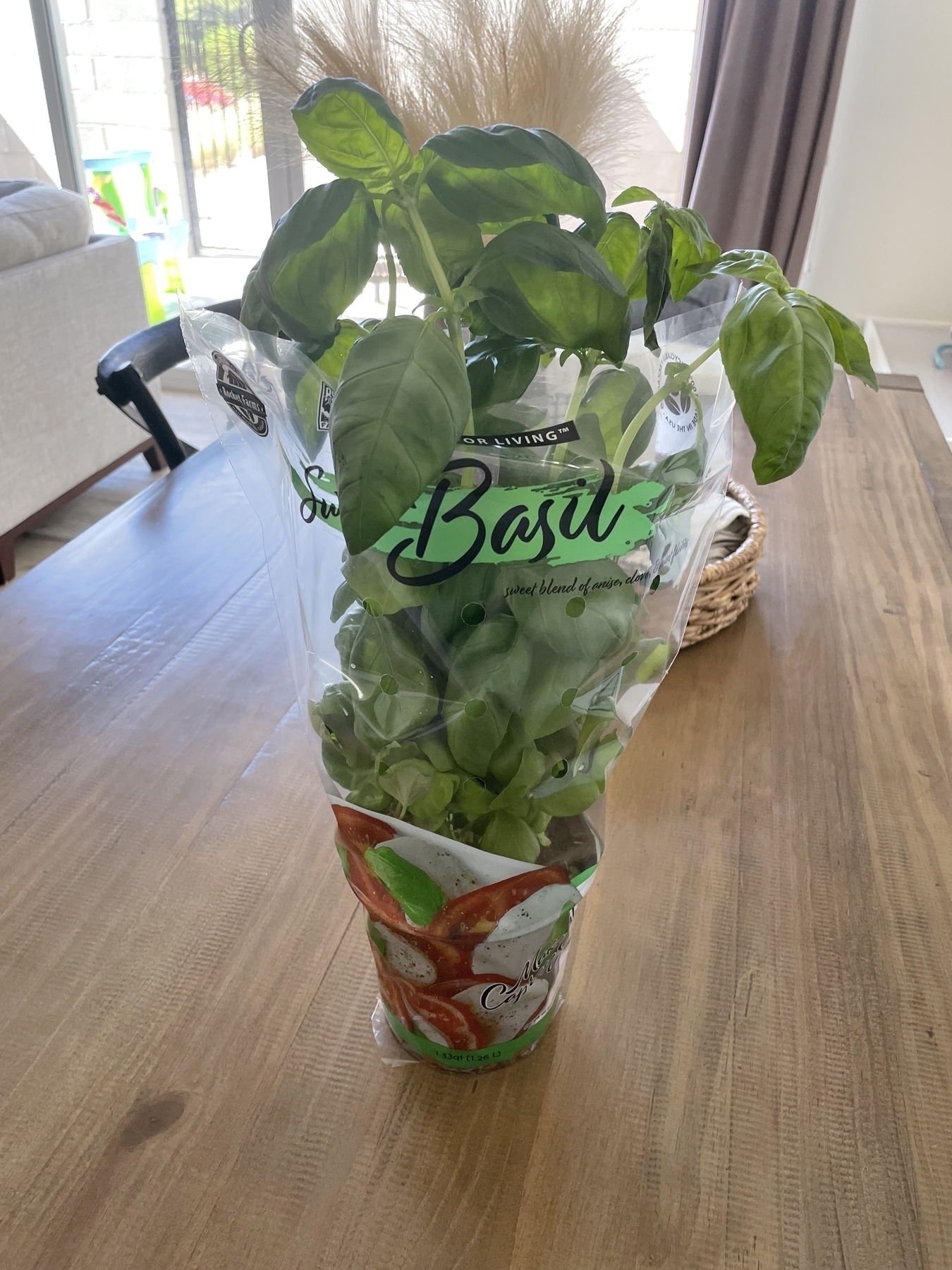 Why glTF is the JPEG for the metaverse and digital twins

JPEG took advantage of various compression tricks to dramatically shrink images compared to other formats like GIF. The latest version of glTF similarly takes advantage of techniques for compressing both geometry of 3D objects and their textures.

I actually like this analogy. Consider what I said 2 years ago:

It is widely supported these days but it really isn’t a great format for BIM models or other digital twin layers because it is more of a visual format than a data storage model. Think of it similar to a JPEG, great for final products, but you don’t want to work with it for your production data.

IFC is a much better format for Digital Twins but glTF does a great job with interoperability and storage. Much like you might want to store GIS data in a Geodatabase and share a map with JPEG, you should store your data in IFC and share as glTF.

Spring! Emmy picking flowers. She’s a child of the earth. 📷 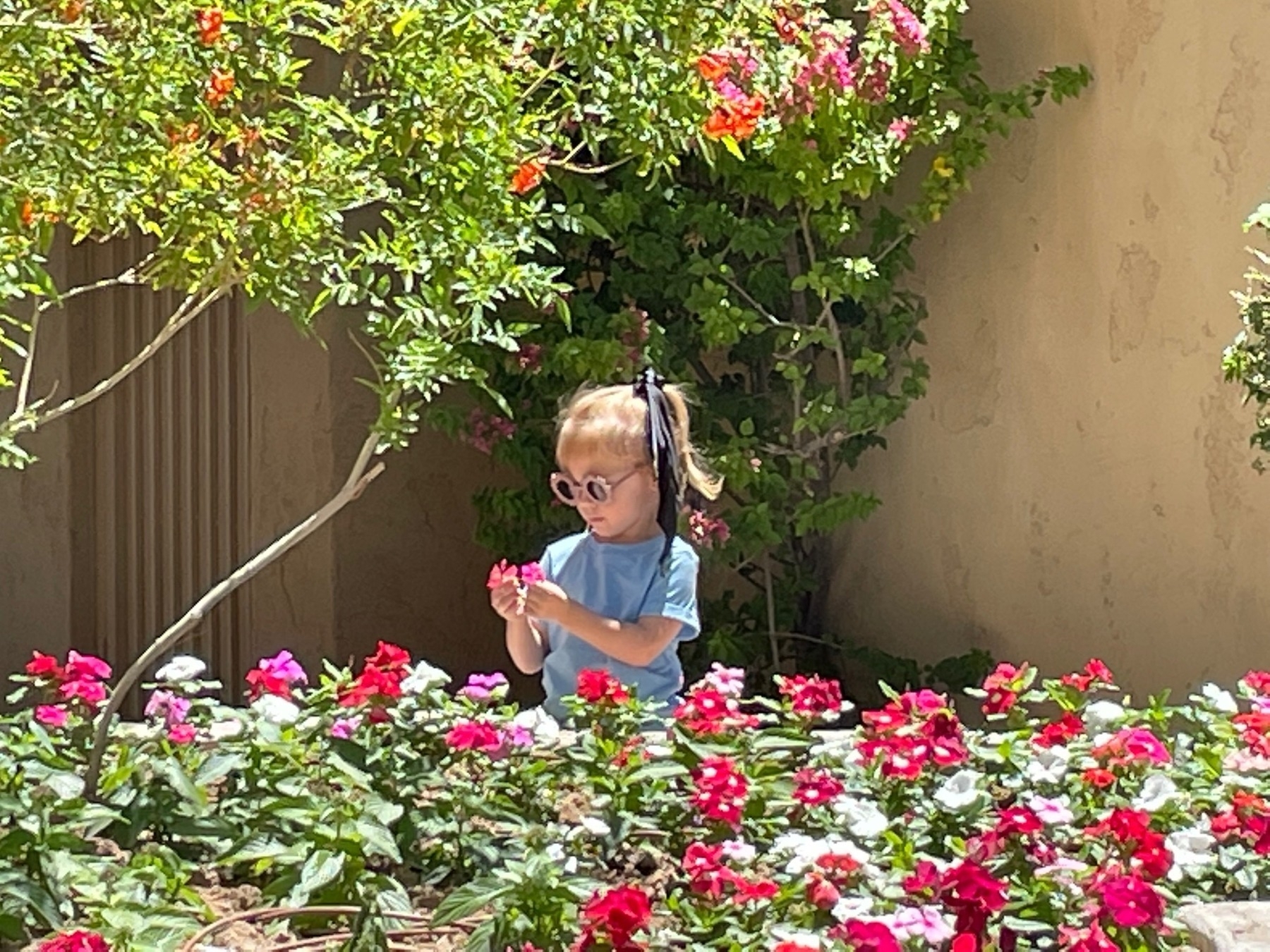 My son’s graduation present (delayed a year because of COVID) was a trip to Italy. I’m stuck at home with two sick kids with earaches, watching him through Find My app. I’m so proud of him and excited for him to see Italy.

Plus he got to buy his first legal beer at the Heathrow Airport. 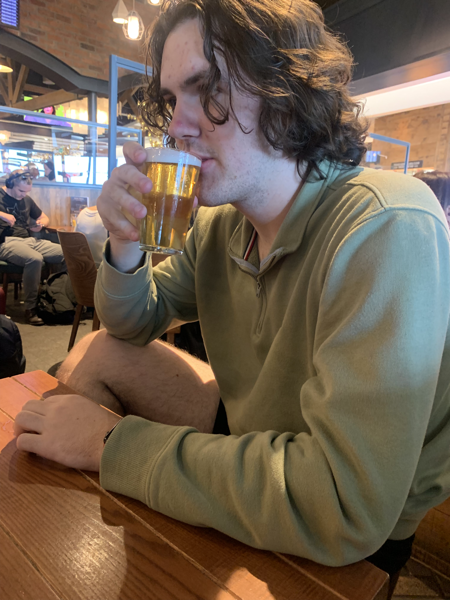 Funny how when you start talking about something, it triggers some other thing. Well in a discussion about SpaceX with friends, I began to think about TerraServer. I couldn’t remember what happened to it, but of course I blogged about it over 10 years ago.

In its time, I used it to test WMS, but I’m not sure I ever really used it for anything else. Much like LandSat, I’ll shed no tears. It served its purpose and now it must die.

OUCH! Boy, I hope when I go I get a better eulogy. I don’t think I was being completely fair about TerraServer. I mean Jim Gray, scaling SQL Server on Windows NT, how could one not geek out. I used to be very hard to get access to open data and TerraServer did bring a ton of imagery data to users.

I mean unpack this:

The TerraServer demonstrates the scalability of Microsoft’s Windows NT Server and SQL Server running on Compaq AlphaServer 8400 and StorageWorks™ hardware.

That’s the world it grew up in. Cheers TerraServer! 🗺

I was just thinking about the iPod today and how it used to be such a critical part of my life. Now not only do I not use an iPod but I don’t even buy my music anymore, just use Apple Music. But back then, fitting all my music on an iPod was amazing.

The last iPod I ever bought was this one, an iPod nano 7th generation. I bought it for my wedding back in 2015. I wanted to make sure our song for the first dance was not screwed up and I had zero faith the band could manage it without something as simple as an iPod. Because engraving was free, I added this touch. It ended up being true. 🎶

This spring, my son changed his major to GIS. He almost did Geography, but I was able to convince him these computers are going to take off eventually and he needs to have something more modern. He’s finished up his first semester and he says he loves it. We’ll see!

I told him all that matters is he spends time on Python. I’ve already exposed him to it when his major was Biology, but I would wager it means even more for GIS. He starts some of these classes this fall so I can’t wait to see what they are teaching him at Arizona State’s School of Geographical Sciences & Urban Planning.

I’ve been thinking about how to start sharing content again. I have a couple ways in the past but they are all disjointed: